We have noted that the awards in wrongful death cases in New York State involving the death of children or infants is almost invariably shockingly low to the average lay observer. This is because the permissible guidelines for determining the amount of such award, in New York, are generally restricted to “conscious pain and suffering” and “pecuniary loss”, the latter item of which, in the case of a child or infant, is understandably negligible.

In determining “pecuniary loss”, the jury can consider what the child or infant would have contributed to the support of the parents. Conjecture is not appropriate and consequently, proof of such an item is extremely difficult, if not impossible. It is usually to “conscious pain and suffering” that attorneys look to salvage some modicum of monetary compensation for the parents. In the event of an almost instant death then this, too, becomes a source of difficulty rather than of a just award.

If the defendant evinced conduct that was utterly indifferent to the safety of others, exhibited gross negligence or showed a conscious disregard for the life of others, then punitive damages might be applicable. In such instances, recoveries can be significantly higher.

If a parent was at the scene of the accident, in what is known in legal parlance as the “zone of danger”, then the parent may possibly be entitled to separate damages for “emotional trauma” inflicted by witnessing the accident.

Both “punitive damages” and a “zone of danger” claim are rarely available, but the experienced Personal Injury Attorney will be alert to any possible avenue to increase what might be, frankly, an otherwise inadequate recovery.

A federal judge awarded $1.6 million to a family as a result of their daughter’s death in an automobile accident.

The daughter was an infant and was killed when the car she was in, parked along a Kentucky parkway, was slammed by a U.S. owned vehicle driven by an American soldier.

The amount of damages awarded in this case would be virtually impossible to recover in a similar case in New York State, barring horrific pain and suffering by the infant, over an extended period of time, which was not indicated in the matter arising in Kentucky.

The reason: the factors the law permits to be considered. in determining recoveries in wrongful death cases in New York, virtually always result in what can legitimately be called “shockingly low” damage awards in infant cases (“infant” being defined here, not in the legal sense, but by the layman’s definition).

Every state has its own elements that may be applied in determining the amount of award in wrongful death cases.

Florida, for example, permits consideration of the family’s bereavement–the emotional impact on the surviving family members. Some other states do so as well. New York does not !! The Federal Government applies different standards depending on varying federal statues that apply to a particular situation. In the case noted above, the federal courts gained jurisdiction because an American Army vehicle and driver were involved, and particular statues applicable to this situation obviously permitted a recovery of this magnitude.

Experienced Personal Injury Attorneys will often cringe when faced with the burden of informing grieving relatives, who have recently lost a child, that insult to injury will be visited upon them in the form of a much lower than imagined monetary recovery–not that any amount in the world could ever adequately compensate them for their tragic loss. Most experienced, forthright personal injury attorneys will inform families, who seek to retain their firm, the “facts of life” regarding this egregious situation at the very first opportunity.

This article will be followed by a closer look at the elements involved in wrongful death cases as they affect the passing of an infant.

In New York City tens of thousands of buildings utilize elevators for their tenants. Among these are 340 public housing complexes, mostly composed of multiple buildings, each of which usually has an elevator. The New York City Housing Authority, the City’s largest landlord, incorporates 3,338 elevators in 2,618 buildings! That’s an average of 3.1 million “trips” per day totaling 1.2 BILLION “trips” per year.

Of these, over 170 required some medical attention by hospitals, paramedics or private doctors. Injuries involved virtually all parts of the body and included the tragic death of a five year old boy. The reported malfunctions related to inner and outer doors which either shut too quickly or too forcefully. Some people have lost fingers or toes. Another issue is the elevator car not aligning properly with the building floor. Serious fractures, broken bones, and other injuries can occur from this error. In more rare cases an elevator will drop suddenly and free fall to the ground. The injuries and trauma involved in that type of incident is unimaginable.

It doesn’t matter if you live in pulic or private housing you could have a valid lawsuit if you have been injured.

It is of the utmost importance to correctly identify whether the building where the accident occurred is public or private. For a publically owned building, it is MANDATORY that a NOTICE OF CLAIM be properly filed within the required period. This is usually 90 days of the date of accident but can vary. Failure to file the notice of claim could prevent a lawsuit against the governmental agency that owns the building. If you have been injured by a faulty elevator in New York City you need an experienced personal injury lawyer. At The Orlow Firm we are familiar with suits involving governmental agencies. You should call us as soon as possible to prevent losing your rights for justice. If you can not make the call for whatever reason have a friend or relative do so on your  behalf. We will come to you if needed. 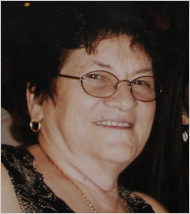 A Notice of Claim has been filed.

According to the MTA, a New York City Construction worker was killed after a fall. The Workers death was initiated when he was struck by a small crane on the back of the truck while working on the Throg’s  Neck bridge, connecting Queens and the Bronx.

The fatal construction accident, occurring August 24, 2009, comes after a series of prior incidents which took place during the ongoing renovation of the Throg’s Neck Bridge.  This includes a fire which shut down the vital transportation hub for almost an entire day in July and demonstrates a pattern of negligence in the planning and supervision of the efforts.

As Construction Accident Attorneys in New York City, we too often see accidents such as these caused by gross negligence.  Most New York Construction Accidents can be prevented by simply obeying the guidelines set in place.  Extreme precaution must be adhered to when working in such precarious locations as the massive Throg’s Neck Bridge.

When safety becomes haphazard, at best there is a traffic jam and at worst a family loses a loved one who is often the sole provider.  These construction accidents are preventable and are the reasons most New York City Personal Injury Attorneys so vehemently seek justice for those wronged by others neglience on a New York construction site.

“The Buffalo police officer was killed in an early morning crash on the I-190. Police say the driver that hit and killed the off-duty officer was drunk. ”

“He was a cop who fought against guns, gangs and drugs as part of his job with the police department’s Mobile Response Unit. But it was an alleged drunk driver that ended Officer Colon’s life.” Reported WKBW.com

Nothing is more tragic when someone who works so hard to protect the lives of those that live in New York than when the life of a New York Civil Servant is cut short.  Drunk Driving Car Accidents in New York claim the lives of many every year and take an unimagineable toll on the families and friends of those lost.

Please keep Officer Colon and his loved ones in your thoughts and prayers.

What is a "Wrongful Death"?

“Wrongful Death” is the term used to describe the death of a person through a negligent act by another person.   It is different from terms you may have heard that are used in criminal law such as murder or manslaughter.   “Wrongful Death” does not involve criminal law–it is a term used in “civil law”–though a person responsible for a wrongful death may also, but not necessarily, be criminally responsible.   A negligent person — a person who causes the death of another through a careless or reckless act, may be responsible to pay money damages to the relatives or family of that deceased individual whether or not that person may also be criminally responsible.